Indian Pumps and Valves » Press Release » What can Ural industrial parks learn from their Indian counterparts?

What can Ural industrial parks learn from their Indian counterparts? 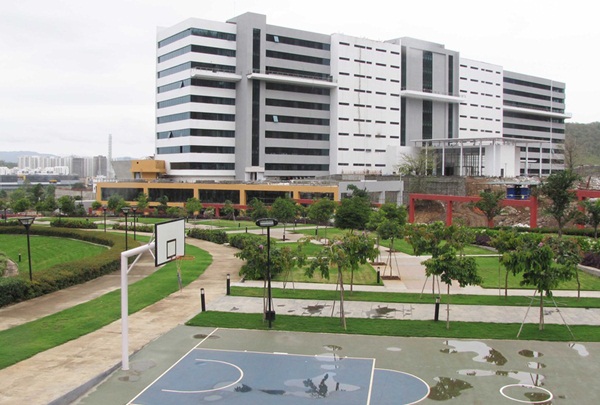 For its employees the IT Park has separate parking, several spacious cafés and sports ground with places for sitting. Photo: Olga Koshkina

EDITOR’S NOTE: In preparation for Innporom-2016, “OG” stated a series of articles dedicated to the main partner of the exhibition –India. On the eve of the event our correspondent visited 3 Indian states. The first articles of the series were telling about industrial enterprises and Indian life through the eyes of a tourist.

Sverdlovsk region and Maharashtra, which is the third largest Indian state, are very similar in terms of geography and importance: both are the leading industrial regions of their respective countries. Next week they are going to get twinned: thanks to the Governor Eugeny Kuyvashev, the regions will sign a cooperation agreement. Members of Maharashtra Industrial Development Corporation will come to share their advanced expertise as a part of delegation from Maharashtra (this state is bringing the largest number of delegates).

In the state whose territory is only 1.5 times bigger than our region, this organization manages 280 industrial parks that host 60,000 local and international companies.

Hinjewadi IT Park which is located on the western side of the city of Pune, hosts offices of atleast 50 large European, Chinese and Korean companies, including the most famous – TCS and IBM. Several colleges and universities have also opened their branches in the vicinity to prepare young specialists for these parks.

— Maharashtra has almost 300 of such parks which spread over the territory of more than 80,000 hectares, – explains Mr Vikram Kumar, the Executive Director of Maharashtra Industrial Development Corporation. – We buy a land plot, then we develop basic infrastructure – roads, sewage and water systems, communications and essential services: banks, post-offices, food places, fire stations etc, and then we lease out the plot to companies for up to 95 years taking care of all legal formalities. The cost of land is less than the market rate: one square meter in this park costs 60 USD. If a company requires any specific infrastructure objects, for example, water purification plant, the corporation can build that too. Benefits packages are discussed individually: it can include, for example, permissions to construct extra floors, incentives for capability development, tax write-off, compensation of customs duties for import of goods and relief from paying electricity bills. Thus, a large company can get almost 100 percent of its investment back. However, the investment should be large enough – starting from 240 mln USD.

Alongside with the industrial parks this government organization also develops infrastructure objects. When an industrial park is being constructed, it means that the nearby areas will get a new water pipeline, new roads and maybe even a new metro line, the way it happens in Pune, Nagpur and Mumbai, the financial capital of India. According to an ambitious plan, the large cities should become links between industrial corridors with the help of “smart” transport system.

Vikram Kumar attributes interest for industrial parks of Maharashtra to the cheap land and labor and easy availability of skilled specialists. Interestingly, there are still no Russian companies in their client list. However, there are negotiations with some Russian companies including Gazprom, VTB, Sovkomflot and Renova group. They are hoping that Innoprom will introduce them to some Ural companies that will be willing to set their bases in Maharashtra. The investments are especially welcomed in the areas of defense, IT and electronics. But how many companies will be willing to go 4,000 kms away from Ekaterinburg, if even industrial park Bogoslovsky (in Krasnoturink, 400 kms away from Ekaterinburg) has only one investor, and SEZ “Titanium valley” has less than ten residents?